«King Henry VIII» in French with a Parallel Translation 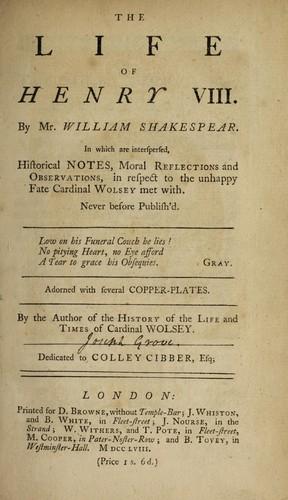 Henry VIII is a history play, which is believed to be written by William Shakespeare and John Fletcher. The play is based on the life of King Henry VIII of England. The curious thing is that in this play, there are more stage directions than in any other Shakespeare play. During this performance at the Globe Theater in 1613, a special effect cannon shot set fire to the theater's thatched roof as a result of which the building was completely destroyed.

Please give us feedback before confirming the cancellation. This will help us make Premium better.